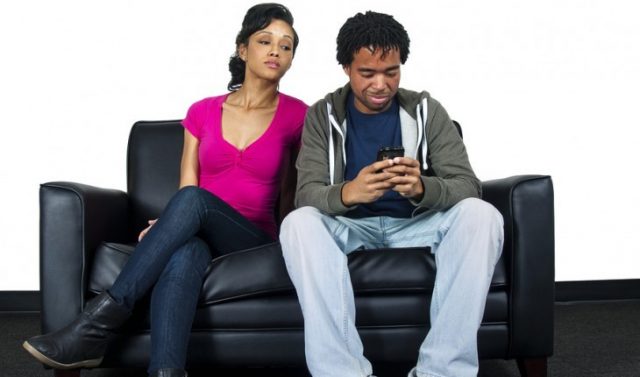 We’ve all been there. You’re laying in bed. Your significant other is in the shower. His phone is sitting on the nightstand next you. You know the password. It would be so easy to take a peek without him ever knowing. Just a quick peek to make sure you can trust him. So what do you do? To snoop or not to snoop, that is the question.

We have all been there at least once, but interfering with your boyfriend’s privacy really isn’t something to be proud of. Although it can be super tempting at times to want to play detective, the odds are pretty high that it can actually end up doing more harm than good when it comes to your love life. Interfering with your guy’s right to privacy is a big no-no and a definite way to cause tension and strain in your relationship.

We have put together 5 reasons why you shouldn’t spy on your boyfriend.

1. You Will Feel Guilty

Sneaking around and snooping on your guy is a super slick move to pull, and if you can’t find any dirt on him you might start to question why you ever doubted him in the first place. While you might have had your fair share of lying boyfriends in the past, not every man is bad news, and you might actually have a genuinely good guy on your hands.

Snooping on your boyfriend will definitely disappoint him and it is super likely that you will end up disappointing yourself in the process.

2. It Pushes Him Away

It all comes down to respecting your partner’s privacy and valuing their trust. Think about it – why would anyone want to be in a relationship where their privacy gets stomped on?

There’s no denying that men are seriously skeeved out by women who compulsively spy on them.

Spying on your man definitely isn’t something you want to become accustomed to doing, and you already know he will only put up with that kind of behavior for so long before he tells you that enough is enough.

There is a serious lack of confidence in your relationship and it will only create a bigger divide between you and your guy over time.

3. You Might Find Things You Don’t Want To See

There’s basically a guarantee that you will find a few things you never wanted to see.

Everyone is entitled to have their own privacy, and when you snoop around you will likely stumble upon things that will upset you.

The reality of the matter is that finding unsavory things on his phone or computer can definitely be hurtful, but you only discovered them because you were on a mission to delve deep into his private life.

Maybe he actually is talking to other women, hanging out with certain people behind your back, or perhaps he even has a few choice words to say about you to his friends in confidence during a rough patch. Take it from us, you don’t want to see this so don’t try it.

4. It Makes You Feel Super Insecure

Pretty much all guys love a confident, self-assured, self-reliant woman, but when you start coming on too strong by meddling in his personal life you run the risk of looking super insecure.

All relationships need trust and security in order to flourish, and when you act impulsively instead of rationally, it shows that you have little confidence in your boyfriend and in your relationship.

The last thing you want is to look like a crazy, insecure, paranoid girlfriend. You shouldn’t be uncertain about what your guy is doing and whether or not he’s lying to you on a regular basis, and if you do feel that way then chances are you’re not with the right person.

Key: The right guy will lift you up and never give you a reason to doubt him.

Let’s face it: after running through all of the reasons not to snoop on your significant other, the most obvious reason is because it’s just not worth all of the trouble it causes.

Snooping can lead to a bunch of anger, frustration, and disappointment for both people in a relationship, and when you really think about it, why would you want to risk ruining everything you worked to build for the sake of something silly like snooping?

No relationship can survive when both partners are completely untrustworthy, and snooping just isn’t worth the hassle. If you have a problem when it comes to snooping, shut it down right now.

There are dozens of reasons why snooping on your man is a seriously bad idea, so don’t do it. You can thank us later. 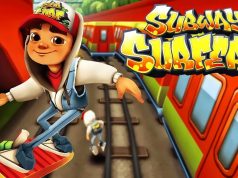 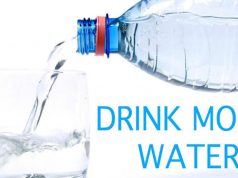 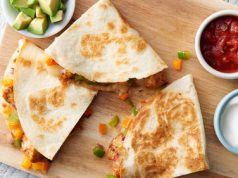 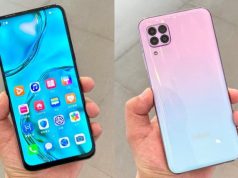 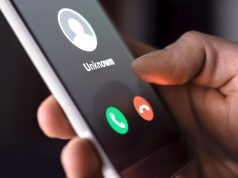 How To Know If Someone Is Recording a Phone Call

LifeHackHome.Com is powered by Success Africa Media Group Limited which seeks to give visitors all the life hacks they need to enjoy a good life in the world.
Contact us: info@lifehackhome.com